What To Do When Punishment Doesn’t Work?

Punishment encourages kids to hide or lie to avoid it rather than learning about what they were doing wrong in the first place. It can also hinder the parent-child relationship. The actions taken upon our children are illogical and mostly the frustration of them not behaving correctly. Punishment hinders the emotional growth of the children as well.

It would be best if you guide your children by making them feel safe while they’re with you rather than scaring them away. It doesn’t mean your children should be left free for their bad behavior.

You can consider other things to make your children disciplined and keep them in the best behavior possible. Making them face fair consequences, appropriate to their age, and teaching a lesson works better for children. Being harsh for their wrong behavior does not help in making them disciplined.

Forcing your children to be disciplined or behaving a certain way may be momentarily good but will not work for the long run. You need to make them realize how their behaviors affect the result they face. Rather than imposing decisions on them, give them appropriate reasons for not allowing them to do certain things. 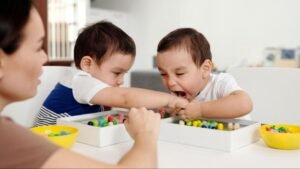 We shouldn’t be furious about children making mistakes; instead, try to understand it and teach them the consequences they need to face if they are careless.

Punishments can be dangerous with time if they are no longer adequate for the children. They are only well-behaved in the presence of their parents and try all the possible ways of not getting caught. They even start lying about things and trying every way possible to hide their mischiefs.

One of the significant reasons why punishments don’t work is that they are given impulsively when in anger. The consequences aren’t well-considered, and they don’t help our children learn from their mistakes.

If the punishment doesn’t work, the appropriate way of guiding your children and keeping them disciplined is by using consequences.

Natural consequences are the direct outcome of the child’s behavior or choices. Parents do not need to impose it on them. These consequences occur naturally.

To understand this, you can take a simple example. If the child does not want to wear their jacket, you do not force them. Instead, you take the jacket along with you wherever you are going. They’ll be coming to you realizing that they need the jacket when they feel cold. This consequence makes children understand why they are told to do certain things and will not argue about not doing it the next time.

Natural consequences help children understand that their actions create outcomes that they wouldn’t like in the future. They’ll be more well-behaved and will start listening to their parents for their guidance. It helps in maintaining the parent-child bond as well.

There are mainly three types of logical consequences depending on the situation.

You mostly decide to punish your children impulsively. The rage will not let you make the right decision. The consequences here are already set, so it’ll be appropriate and will work for your kid. You need to keep the consequences simple and stick with it if children break the rule.

Parents have to guide their children to take responsibility for the harm or damage they have done. As the children know about the rules, it’ll be their choice to do the actions. This will make them feel accountable for what they do. Sticking with the rule will make them more careful and disciplined the next time.

After an incident, talking to our children about problem-solving can be extremely beneficial. It helps them to find alternatives about how to act in particular situations rather than messing it up.

Helping them with the ways of behaving in certain situations will increase the bond between parents and children. Using the consequences as a part of the skill-building of the children is very important. 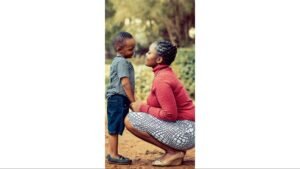 If they spill something, they need to be taught to clean it up as a consequence. This will help build the child’s skill of doing chores and a hint for them to be careful next time.

Rather than grounding your children, you should go near them and teach them about what went wrong. You should make them understand why the way they behaved was terrible and why they have to face the consequences.

Setting up rules for the kids is necessary. While doing this, you should make sure that your children understand why they should follow the rule. Children don’t tend to obey orders. They are more likely to follow it when they know why they have to do it in the first place.

Communication is essential while setting rules and consequences. You need to make sure not to hurt them in the process. Help them take responsibility for their actions rather than making them “pay” for what they did.

Instead of taking authority over them and forcing their punishments, you need to guide them to learn from their mistakes and accept them. Also, make sure not to be harsh and make your children feel less valued while making them deal with the indiscipline they’ve shown. You need to be patient enough until they learn the right way.

Lastly, you should never make your children feel like they are a disappointment. They should not feel that they are any less prioritized just because they make mistakes. Try to make sure that you don’t ruin the seed by punishments in teaching the idea of discipline in your children. You need to understand that every child is going through something and cannot behave properly all the time.

Investing in understanding your children about how they are feeling and acting according to their behavior is crucial. It’s essential to control your rage and anger while dealing with children. You need to make sure that the way you are treating them is not negatively affecting them, which results in them behaving wrongly.

Every action of a child has a reason. If they are constantly misbehaving, you might need to learn why this is happening rather than what to do next. It might be because they’re going through something, or they want your attention.

You need to make sure that your children know that their behavior isn’t good. This does not mean they are not good as a person. Never make them feel like you love them any less. You don’t want to be your children’s enemy. Just try to guide them on the right path.

How To Stop A Child From Stealing?

The Skydeck Chicago: Go Out on a Ledge to generally share a Memorable & Romantic minute along with your significant other

How to Read Your Husband’s Deleted Text Messages?

How To Set Up Hulu Parental Control?